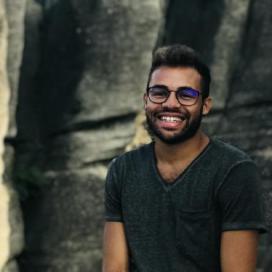 Ron Tardiff knew he wanted to be a marine scientist at age 12. Almost 10 years later, he graduated from the University of Connecticut in 2016 with a B.Sc. in Marine Sciences and a B.A. in Maritime Studies (Geography Concentration). Ron is not only dedicated to the study of our marine environments but also to understanding the dynamics of human-ocean interaction. He is equally fascinated by fisheries ecology and the cultural history of the ocean. With those two focuses combined, Ron hopes to help improve marine conservation on a global scale.

During his degree, Ron received a German Academic Exchange Service Research Internships in Science and Engineering scholarship, he spent four months in Bremen, Germany at the Leibniz Center for Marine Tropical Ecology. After that, Ron spent a semester studying marine ecology at the University of Essex as a United States Department of State Gilman Scholar. He ended his stay abroad with a five month stint above the Arctic Circle in Bodo, Norway as a High North Fellow. During his final year at UConn, Ron traveled to COP 21 in Paris, France with a cohort of UConn faculty, staff, and students.

Ron is currently (2017-2019) studying in the Erasmus Mundus Joint Master Degree in Aquaculture, Environment and Society, funded by the European Union. The program takes place at the Scottish Association for Marine Science, University of Crete, and University of Nantes. In the fall 2017 he attended the Our Ocean Summit in Malta as a Sustainable Oceans Alliance Ocean Youth Leader and is a Science and Standards Intern for the Aquaculture Stewardship Council for summer 2018.

In his free time, Ron enjoys reading books, practicing and teaching yoga, exploring Europe, and pursuing his love of languages.