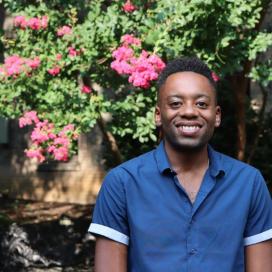 Currently local to Ghent, NY (unceded land of Mohican peoples), Jordan originates from the Chicagoland area (what he undestands to be the traditional lands of the Inoca Confederacy and and Bodéwadmi peoples). After graduating with a B.S. in environmental science from the University of Illinois, Urbana-Champaign, Jordan moved to Boston to work at the Environmental Defense Fund as a #originals RAY Fellow. During that time, he joined the Environmental Leadership Program’s (ELP) New England Regional Network and developed even deeper relationships with the larger ELP community. Following these programs, Jordan spent a second year in Boston working remotely for ELP in the role of RAY Program Coordinator.

Excited about the growing RAY community but not loving Boston, Jordan moved to Washington, DC in August 2018 where he continued in his role at ELP while also joining Sunrise Movement and 350 DC, two youth-led groups of organizers fighting for climate and environmental justice. Jordan has also served (on and off) as an instructor for BollyX, the Bollywood Workout since September 2017.

In this next phase of his meandering journey, Jordan has landed in a yearlong experiential learning program (Place Corps) aimed at cultivating a calling to know, love, and serve the place(s) one calls home.Through nature’s brilliant and intricate assemblage of (eco)systems, Jordan seeks to practice and embody the ways we can organize and weave ourselves, communities, lineages, visions, and local resources towards a regenerative future.